The “Truth” About African Consumer Markets 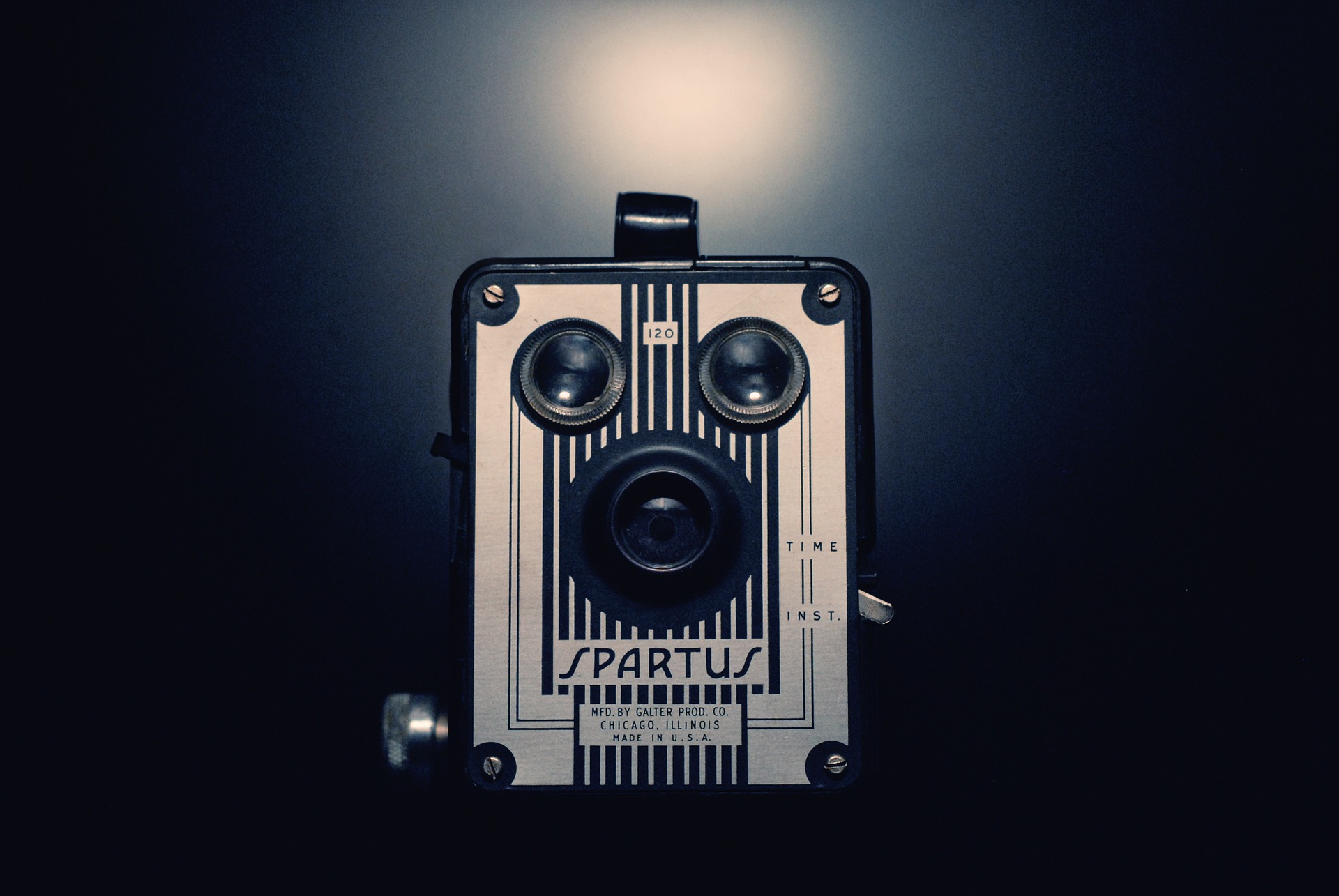 For film enthusiasts, a Director’s Cut offers the purest representation of a director’s vision, provides an alternate or extended version, or reveals deleted scenes. The Snyder Cut of Justice League, for example, will give DC Universe fans an opportunity to experience his vision as recompense for the much-maligned version completed by Joss Whedon in his absence. In the case of Chasing Outliers: Why Context Matters for Early Stage Investing Africa, the challenge is not one of creative license but of strategic choice. Once you decide which story to tell, the chosen narrative is what viewing audiences see or read. But sometimes choices made in service of concision sacrifice nuance to some degree.

Chasing Outliers argues that the Silicon Valley model of venture investing, which is predicated on exploiting large numbers of consumers with high purchasing power, generating exponential returns, and investing large amounts of capital in loss-making businesses, doesn’t fit African market realities. It also describes how Africa-focused startups and funds navigate the mismatch between assumptions and reality, as well as the influence of “people” factors such as founder, team and investor characteristics and communication. However, some core premises of the argument could be viewed differently. For example, if we take another look at African consumer markets, we can understand why VCs might see massive growth potential.

One of the main mismatches identified in Chasing Outliers is the predominance of consumers with low purchasing power who are difficult and expensive to reach, price and utility sensitive, and resistant to fully digital solutions. Presumably, this makes building b2c businesses, the exponential growth of which is fueled by this type of consumer, a difficult job.

However, African consumer markets are growing aggressively. Africa currently has 1.2B consumers, and will have 1.7B by 2030. One fifth of the world’s consumers will be African, with the five largest markets in Nigeria, Egypt, South Africa, Morocco and Algeria. Household consumption outpaced GDP by a compound annual growth rate of 3.9% from 2010-2015, and household spending had increased to 1.6 trillion dollars by 2017. Additionally, a significant portion of African consumers is joining the middle class. According to the AfDB, there are 350M middle class people in Africa, and 50% of households (130M families) are projected to have discretionary income this year, while young consumers are gaining wealth and making household purchasing decisions. 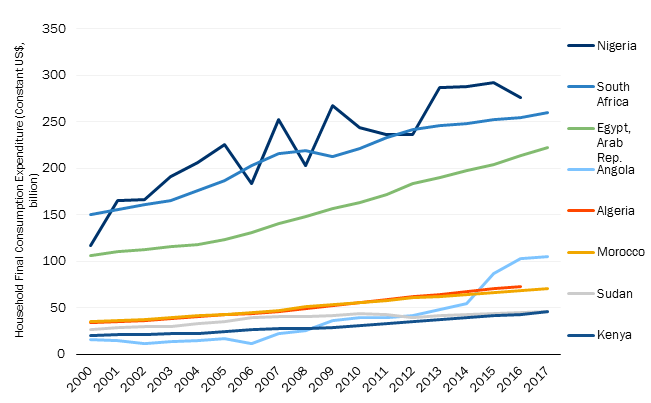 Of course, there are caveats. Africa’s total consumer expenditure represents only 8% of emerging markets, on par with Russia or Brazil. More importantly, despite historically impressive economic growth rates (19 of the 20 fastest growing countries are in Africa), household spending isn’t keeping up with increasing income levels. The global mean income level equals four times Africa’s mean, and growth in terms of purchasing power parity is one-third of the levels of any other region. It’s also worth noting, however, that household consumption is measured through the revenues generated in formal retail markets, while Africans primarily shop in informal markets.

How do we reconcile these largely promising projections with a less rosy description of African consumer characteristics? Well, for starters, it’s unclear how closely reality will hew to predictions in terms of volume and timing. It’s also not completely obvious what forces will accelerate or impede the growth of African markets. For example, according to the “stages of growth” model of development, increased labor productivity driven by agricultural and manufacturing revolutions is what creates “the age of mass consumption”. An agricultural revolution yields increases in per capita output that enable people to migrate to cities, participate in formal employment, and increase the value of their labor. As the value of labor increases, workers’ earnings increase, making manufactured goods more affordable and increasing consumption.

With this in mind, should we assume that founders and investors are betting that the economic transformation model of development will create the conditions for consumption? Do they believe that technology will help the continent leapfrog legacy systems and stages of development? Are they convinced that the right solutions will turn non-consumers into consumers, thereby creating entirely new markets through innovation? Or perhaps they’re investing in the likelihood that today’s consumers already spend significant portions of their income on goods and services in education, health, and financial services, which are overpriced due to the fragmented and inefficient value chains that produce them. In 2011, the IFC and WRI estimated that the education market for Africa’s poorest consumers was worth $18B, while Euromonitor indicated that in 2016, Kenya, Nigeria and South Africa contained 16 million households with annual disposable income below $2,500, for a combined total expenditure of $41.4B. In the “consumers overspend” scenario, winning is shifting pre-existing expenditure without necessarily trying to change consumer behavior.

Whatever the correct interpretation(s), one can see why it’s difficult to conclude whether or not African consumer markets are robust enough to support companies seeking exponential growth. What remains clear though, is that founder and investor growth expectations should reflect African consumer dynamics. Further, the final word on the size of consumer markets will be had by consumers themselves as they purchase (or reject) products and services, rather than forecasted by top-down market sizing.